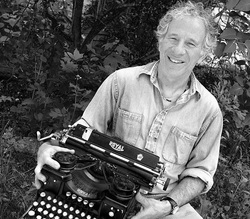 PETER GOULD is our founder. He has directed more than ninety youth theatre productions. His Young Adult novel, WRITE NAKED, published by Farrar, Straus, & Giroux, won the 2009 National Green Earth Book Award for its ecological content. Peter is on the faculty of Brandeis University, where he is a Professor of meditation in the Peace & Justice & Coexistence Program. Peter keeps "Get Thee to the Funnery" alive all year long, prepares the script, the concept and the whole crew of campers and directors. Peter was the Vermont Arts Council 2016 Arts Educator of the Year.
Peter is always ready to explain Shakespeare's metaphors, and the most outrageous, even bawdy, jokes.
"I'm not making this up; it's right here in the text! "he says.
Years ago, Peter was a member of the "back-to-the-land" migration to Vermont, and the performing partner of Stephen Stearns in "Gould & Stearns," a physical comedy and political theater duet with more than 3000 shows under their belts. Peter's latest book, HORSE- DRAWN YOGURT, published by Green Writers Press, is a collection of true stories about his years on the commune at TOTAL LOSS FARM.

BROOK GENTRY is a Northeast Kingdom local who started working with Peter in 2014 in middle school! She was a Funnery camper for four years and has been on staff for three years. Brook acted in her high school's productions, and stage managed in college. She is studying to become a high school English teacher with hopes to spread the joy that Shakespeare can bring to new generations. Brook helps keep the Funnery humming internationally with her communication and social media skills. 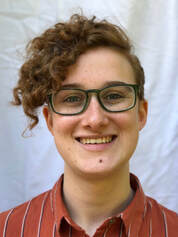 SOPHIE LYON is from Massachusetts, but has made the journey up to the Funnery every     summer since 2013. While her roots are in comedy and improvisation, Sophie has played a range of characters at The Funnery and beyond. Her most notable achievements include becoming the poster child for learning to juggle in two Funnery weeks, playing Feste in Twelfth Night. When not in the fresh air of Vermont, Sophie can be found working in the lab, or at Oberlin College, where she studies chemistry, writes science fiction, and plays rugby. It was Sophie who led the 2020 camp to confront the glaring ambiguities in Portia's "Quality of Mercy" speech. 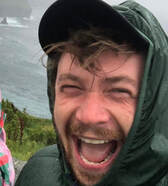 In the before-times times, DORAN DANGER-HAMM was a mild-mannered children's theater performer and teacher, and part-time massage therapist who dwelled in southern Vermont. In the after-times times DORY  has been reborn as a nomadic teacher of Mocumentaries and Radio Dramas via the inter webs. Elderberry farming, yoga, and training of big dogs keep him strong and happy, and a tad more limber than most tree people tend to be. Dory has taught at two Funneries: in Brattleboro and the US Virgin Islands. He is over the moon to continue—in person finally—with the Craftsbury Funnery, "the most joyous band traipsing across this good earth," says he. 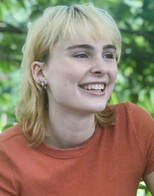 Raised on the seacoast of New Hampshire, ELIZA KLEIN spent her summers between Brattleboro and Craftsbury, VT attending Funnery! She was a Funnery camper for three years, acting in six shows between the camps since 2015. Funnery gave her tools and passions that have guided her life ever since. She is returning as a collaborating artist this year, and is delighted to be back! Eliza studies acting and other arts at Bennington College, and is a performer and company member with theater troupes local to Southern Vermont. ​ 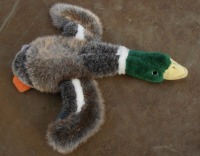 DUCKY migrated to us from Castleton, Vermont. He worked for ten years at the Governor's Institute on the Arts, and is still on board at Craftsbury. As METAPHOR DUCK, he quacks to alert us to Shakespearean language that needs more than passing notice. In his super-hero disguise, the "DUCK OF DOOM" is the number-one disciplinarian at the Funnery. Ducky missed one entire season after he was accidentally locked in a suitcase at the New England Youth Theatre. Ducky has had recent supporting roles in Treasure Island and Robin Hood at NEYT, where, after sustaining an archery injury, his overall health and life expectancy improved with the hiring and training of a stunt-double Ducky.
~We also owe a lot to the folks who have supported us over the years, like the Vermont Community Foundation, the Monteverdi Artists Collaborative, Concept 2,  the The Hardwick Gazette, Sterling College, Heartbeet Lifesharing​​, Vermont Humanities​, the Vermont Arts Council, and lots of faithful anonymous friends who love their Shakespeare.